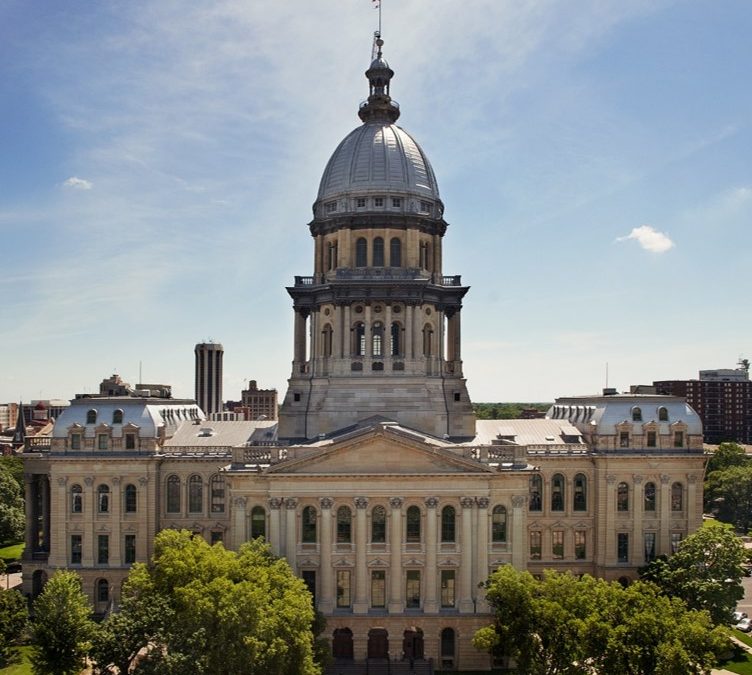 Speaker of the House Chris Welch and the Senate President Don Harmon released a session schedule that calls for an adjournment on April 8th. The typical session adjourns on May 31st. The legislature has a tendency to ignore deadlines, even ones they set themselves. We will see how this plays out.

We are ahead of the game since we already have House Bill 4228 drafted and introduced by Rep. Hoffman.  This legislation is the ACMHAI initiative to clarify the Community Mental Health Act.

The past few years has shown significant turnover in the General Assembly. A pending remap will contribute to more turnover. The median years served for each caucus has decreased with Senate Dems at 8 years, Senate Republicans at 4.5 years, House Democrats 4 years and House Republican 2 years.

New state law has added some transparency into the way appointments are made to fill a legislative vacancy. Per the new statute, the names and contact information for the Committeepersons legally tasked with the appointment are made public. Information on how to apply or submit a name for consideration is made public along with the date, time and location of the meeting. The appointment is to be made within 30 days of the vacancy.

Chicago firefighter Michael Kelly was appointed as the new representative of the 15th Illinois House District to fill the vacancy of recently retired John D’Amico. Rep. D’Amico had served in the General Assembly since 2004. The district includes all or parts of the Edgebrook, Sauganash and Forest Glen neighborhoods and Niles and Maine Townships.

State Representative Mike Murphy (R-Springfield) stepped down from his position representing the 99th House District which includes the southwest half of Springfield and western Sangamon County. Murphy, who won reelection running unopposed in 2020, said he wouldn’t run against longtime ally State Representative Avery Bourne. The remap put them together in the newly-drawn 108th House District.  Republican Leaders in the area will meet to name a successor to fill out his term which lasts one more year.

Illinois House Majority Leader Greg Harris announced that he won’t seek reelection and will leave the House when his term expires in early 2023. In addition to serving as Majority Leader, Rep. Harris has been chief budget negotiator for the House Democrats for several legislative sessions. He is well respected by colleagues on both sides of the aisle. He first took office in December of 2016. Since Rep. Harris is finishing out is term, candidates seeking this seat will be on the primary ballot in June. The 13th District, which is in Chicago includes parts of Uptown, Ravenswood, Lincoln Square, North Center, West Ridge and Bowmanville.

This turnover in lawmakers leads to a decrease in the knowledge and awareness of issues facing the association. This further underscores the need to develop and maintain relationships with our elected officials. Please take time during the month of December to reach out to your elected officials and share your expertise and perspective. To find your elected officials’ contact information visit www.ilga.gov. When lawmakers return in January it will be more challenging to get ahold of them.

COVID-19 hospitalizations in Illinois have risen and a new variant is concerning public health officials and government leaders. State health officials reported 2,379 COVID-19 patients were being treated in hospitals throughout Illinois. Of those hospitalized, 457 are in intensive care, and 217 patients with COVID-19 were on ventilators according to Illinois Department of Public Health figures. There have been 1,809,875 total COVID cases, including 26,414 deaths in the state since the pandemic began. The most recent seven-day statewide test positivity rate is 5.2%. IDPH and the CDC continue to push for immunization.

The Centers for Disease Control and Prevention said all adults should get COVID-19 booster shots when they’re eligible. This is a much stronger tone than its recommendations just a few weeks ago. The new advice was issued days after the new omicron variant of the coronavirus was detected. The variant’s mutations suggest the virus could evade the immune system or spread more easily than previous variants do, although it will take time to determine its impact. A total of 17,288,192 vaccine doses have been administered in Illinois and 57.96% of the state’s population is fully vaccinated.

It is unclear if the legislature will adjust rules in January to allow access to lawmakers when they reconvene or if they have the restricted access similar to last year.

This legislation came about partly in response to the 2020 elections in which a Supreme Court Justice was defeated for retention with significant dollars raised from dark money groups. The campaign to defeat the Justice received hundreds of thousands of dollars from so-called dark money groups, including the Judicial Fairness Project, which does not disclose its donors. The legislation was advanced on the last day of the fall veto session. Opponents argue that this change in law and the Supreme Court remap are examples of majority party changing the rules of the game because of the previous outcome.

Lawyers working on behalf of state Democratic leaders filed documents defending their state legislative district maps. These filings are the Democrats’ response to proposed changes in the district maps submitted last week by Republican leaders, a Latino advocacy group in Chicago and Black civil rights groups in the Metro East region. The court proceedings continue but will likely be finalized before candidates begin to circulate petitions in January. This is significant because it could impact who represents you in the future.

Revenue from income and sales tax from the first three months of this fiscal year exceeded initial expectations. That unexpected revenue brought the projected surplus up to $418 million in the general revenue fund. That’s a significant difference from the $88 million surplus projected in the FY 2022 budget signed in June. The improved revenue projections along with unspent federal ARPA funds that will be used this year are likely to make for a relatively smooth session for passage of the budget.

Landmark $1.2 trillion federal infrastructure legislation was signed into law in November. It provides funding to improve highways and bridges, transportation and high-speed internet. Illinois’ slice is reported to be $17 billion with the opportunity to apply for more.

Substantial funding will go to federal highway and other transportation projects —including statewide bridge replacement and repair. The infrastructure deal also seeks to address the neglect experienced by ports and airports. Proponents argue this funding will drive modernization in these industries to support resilient and sustainable streams of movement.

According to Senators Durbin and Duckworth, under the Infrastructure Investment and Jobs Act, Illinois could expect:

February 10   Senate Deadline for Bills out of Committee

February 25   Third Reading Deadline for Senate Bills out of Senate

March 22       Deadline of House Bills out of Committee in Senate

February 17   House Deadline for Bills Out of Committee

March 4          Third Reading Deadline for House Bills out of House

March 25       Deadline for Senate Bills out of Committee in House