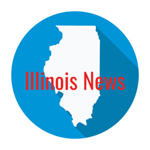 Signs displaying the National Suicide Prevention Lifeline phone number and website, both of which are available 24 hours a day, will be posted in at least 17 IDNR sites in remote locations around Illinois, including Starved Rock, Giant City and Pere Marquette.

“Illinois state parks and trails are a beautiful, peaceful respite for hundreds of thousands of visitors every year,” said IDNR Director Colleen Callahan. “As IDNR continues to remind people that spending time in nature has positive mental health benefits, it’s also vital that we make sure people who may find themselves in a mental or emotional crisis at a state park know about resources that are available to help them.”

Operation Disrupt is an initiative announced earlier this year to address the growing epidemic of teen and young adult suicides. It was developed by a joint task force including Linden Oaks Behavioral Health, Naperville Park District, City of Naperville, and Forest Preserve Districts of DuPage and Will Counties.

“I am so pleased that IDNR and the Conservation Police are joining the Operation Disrupt initiative. They are outstanding partners in the fight against teen and young adult suicide,” said Officer Thomas Wronski of the Naperville Park District Police and one of the founders of Operation Disrupt. “Operation Disrupt is growing in visibility and influence because it is a practical, easy-to-implement program that can be adapted to the different needs of organizations and their unique locations.”

“One sobering aspect of conservation police work is that officers will most likely encounter a suicide in a state park at some point in their career,” Whitchurch said. “We want to do everything we can to ensure people in crisis have access to help, even in the most remote areas of the state. Proper crisis training for officers and the Operation Disrupt signs are two important steps toward that goal.”

The National Suicide Prevention Lifeline can be reached by dialing 988, which connects the caller to a certified crisis center near where the call is placed. The Lifeline also can be reached at 800-273-8255 (TALK). For more information, visit https://suicidepreventionlifeline.org.