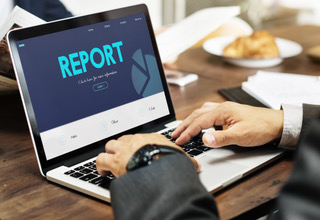 The prevalence of mental illness and co-occurring disorders is greatly impacting our nation, each of our states, and our communities, and has a disproportionate effect on our courts and justice system. As part of a National Initiative, the Conference of Chief Justices and the Conference of State Court Administrators hosted a Midwest Regional Summit in October 2019 in Deadwood, South Dakota. Supreme Court Chief Justice Anne M. Burke and Illinois State Court Administrator Marcia Meis assembled and led an Illinois delegation at the Summit.

Upon returning to Illinois, the delegation met monthly and formed the Illinois Supreme Court’s Mental Health Task Force and began planning an Illinois Mental Health Summit. The Summit series, Improving the Court and Community Response to Persons with Mental Illness and Co-Occurring Disorders through Compassion and Hope, convened by Illinois Supreme Court Chief Justice Anne M. Burke, was held virtually over six sessions taking place from September-December 2020. As a final product of the summit series, through financial support of the State Justice Institute, the National Center for State Courts drafted and issued the attached 2020 Illinois Mental Health Summit Report.

The Illinois Supreme Court and National Center for State Courts are hosting a Report Release Web Event: A Call to Action on Tuesday, December 7, 2021, from 12:15 pm to 1:00 pm to present an overview of national initiatives, report findings, and Illinois Mental Health Task Force next steps.

Ultimately, the results of the Regional Mapping Workshops will inform a statewide vision of what a behavioral health continuum of care with multiple diversion pathways should look like in Illinois and lead to development of a plan and pilot projects to improve court and community responses to mental health and co-occurring disorders. After completion of the Resource Mapping Workshops, we hope that each community and region will sustain efforts through ongoing Councils or leveraging efforts through collaboration with established coordinating councils, task forces, and coalitions.

“The release of the Summit Report and the recent hire of a Statewide Behavioral Health Administrator to facilitate the Task Force equips the Supreme Court with a road map and resource to continue leading change at the intersection of behavioral health and justice. My Supreme Court colleagues and I thank everyone involved in the summit series and heeding this call to action” said Hon. Chief Justice Anne M. Burke.